ATMs are efficient, but you can’t talk with one about the weather.

The other day, I had to walk downtown to meet with my tax accountant. After a half-hour meeting, I was informed of my 2016 taxes owing and decided to pay them immediately just across the street at my bank.

I realized as I walked over that this was not a transaction for the automated teller machine; it was going to require a meeting with a teller – a human being. I thought back in my recent experience and realized that the last time I met with a teller was tax time a year ago – for the same transaction. 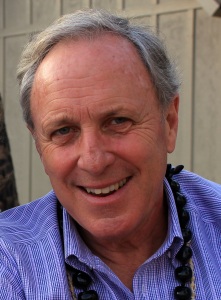 Oddly, the bank seemed full of people. There were two snaking lines: one to the left for personal transactions and one to the right for corporate deposits. I headed left and immediately started to count those in front of me. There were 14 people, dutifully assembled at 4 p.m. on a Friday. It dawned on me that it might be income tax payment day for others as well. As I got closer to the front of the line, I saw that this was the case. Many of us had just seen our accountants.

Then the woman behind me began talking to no one in particular. “Why don’t those people hurry up? Look at everyone talking to the tellers. What can be so complicated about personal banking?”

I looked and listened more closely. Many people were saying things like, “Hello,” and “How are you planning on spending Easter break?” and simply being social. None of that behaviour is necessary or appropriate at the ATM.

Immediately, I began to wonder about the much-vaunted information technology (IT) disruption process from a new angle. Just think of how many daily opportunities for simple, direct and hopefully friendly communication, face-to-face and person-to-person are lost because of automated interfaces.

Another example of the same problem is evidenced by the growing piles of UPS or Amazon delivery boxes outside (largely) millennial residences. Shopping at a department store has been replaced by ordering everything from books to yoga mats online and having them delivered to your home.

If you haven’t visited a shopping mall lately, spend a Saturday afternoon walking about one that you remember from your childhood, when department stores were all the rage. If your experience is anything like mine, you’ll be astonished by the lack of crowds and low volumes of shoppers.

When is IT disruption of human communication disruptive of humanity itself?

Once again, IT disruption is taking hold, and once more, simple acts of human communication, between sellers and buyers, are being erased by typing strokes and clicks. Made at home, anonymously, in private, not public space.

So, what happens when the commercial commons is vacated by humans? Does it matter if ATMs don’t talk to you? Are salespeople really necessary adjuncts of buying things? Does it really matter if, in matters of money and acquiring stuff, all of the transactions are intermediated by computers that never forget each type-stroke you make and each item you buy? Who cares? So what?

What if a lack of practise of social comities with strangers really diminishes the overall quality of human interaction?

Think about the volume of angry, profane and generally negative commentary that online threads generate. Increasingly I find online news providers telling me that “Comments are closed” or that “This comment has been removed because it did not meet our requirements for civility.” All of these comments are generated by individuals in private rooms, behind walls and without any risk of face-to-face rejoinder. Most are sent into the public domain for scrutiny without rudimentary editing. They add greatly to our store of negativity and not much to our store of kindness.

So on the one hand we increasingly suffer a lack of public opportunities to practise civility and on the other, we have a greatly expanded universe in which to practise coarseness and vulgarity. The result is more social licence for behaviour that, before the Internet existed, would have been deemed anti-social and contrary to the conduct of successful business.

In a world where mastery of the arts of interpersonal communication is essential to successful diplomacy and good governance in the public sphere, can we really abide their ongoing disruption in the commercial sphere?

When is enough IT disruption of our civility enough?

Mike Robinson has been CEO of three Canadian NGOs: the Arctic Institute of North America, the Glenbow Museum and the Bill Reid Gallery. He lives in Powell River